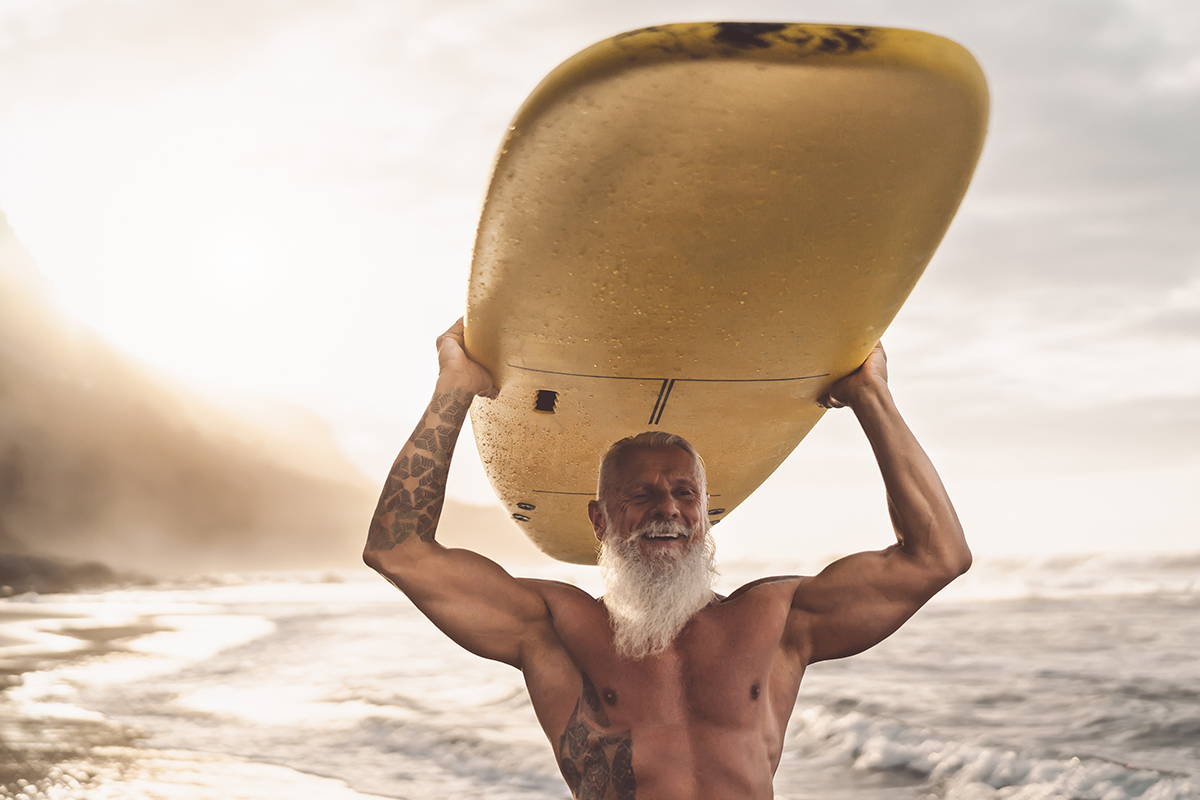 As a species, men are great at some things, terrible at others. One of our biggest failures is ignoring our health, from poor nutrition to forgetting sunblock to avoiding doctors like the plague (Heck, even if we have the plague, we’ll still wait a few days).

To make matters worse, men are not only avoiding the doctor, but they also aren’t doing a stand-up job of self-care either—more than 60% qualify as overweight or obese, according to the National Institutes of Health.

In this blog, we’ll share some key facts about our risks of heart disease, cancer, mental health issues, and poor skincare. One theme stands out—We’re bad at preventing health issues and at seeking treatment for them. So here are a few Essential factoids about men’s health that Professor Fuzzworthy hopes will serve as a wakeup call.

While men are avoiding checkups, if anything they should be seeking more preventative care than women, based on gender-based health risks, including cancer. A few cancer statistics:

Heart disease – including coronary artery disease, high blood pressure, and heart attack -- is the leading cause of death among U.S. men. A few scary facts about heart disease:

Our “Do Nothing” Response to Mental Health Issues

While men like to pretend they can handle problems on their own--without counseling, medication, or even talking to friends and family—it’s not working. Men resist seeking treatment for depression and other mental health issues as much as they avoid medical checkups. Even after a diagnosis, many refuse to take medication.

The American Dermatological Association makes its point with a hard-hitting headline: “Melanoma Strikes Men Harder.”4 And men often bring it on themselves by refusing to use sunblock, wear hats, or visit the dermatologist. A few facts:

So, this month, Professor Fuzzworthy urges men of all ages to stop ignoring their health. Get some exercise, cut back on fatty foods (and eat more vegetables while you’re at it), schedule a checkup/bloodwork, and seek counseling and medication if you’re depressed or coping with other mental health disorders.

Finally, men need skincare as much as (or more than) women. So remember to wear a hat and use sunblock with an SPF of 30 or more, get your partner or a good friend to help with a skincare exam, and visit the dermatologist for a full exam by a professional. And if you’re not sure how to conduct a skin exam, the American Academy of Dermatology offers a great tutorial.

Invest in Quality Shoes and Boots!

Tips for Starting and Cultivating Your Best Beard

THE TRUTH ABOUT BEARD GROWTH

Find out what its all really about!

Premium beard & grooming gifts for all the men in your life